We all collect the special 50p and 10p coins, and now five new 50ps have been released of pantomimes – including Cinderella, Snow White, and Aladdin.

The collection will also include tributes to Dick Whittington and Jack and the Beanstalk.

Unfortunately, you won’t yet find them in circulation as they’re collector’s items released by The Guernsey Treasury. They’ll cost £30 for the set, or for a coloured set, £325. 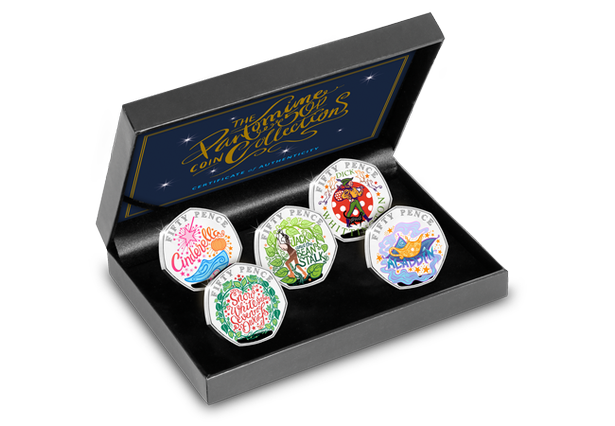 The coins were designed by artist and sculptor Ian Rank-Broadley and you can get your hands on them from Westminster Collection now!

20,000 will be released into circulation later this month, but that’s not a lot to look for. The rarest coin currently in circulation is the Kew Gardens coin with 210,000 out there. People who have found these are currently selling them for £100s on eBay.

In the past, a Mickey Mouse collection has also been released to celebrate his 90th birthday in 2018. A coloured pack can cost you £60 for the whole set.

So, keep an eye out for more Disney coins, as they’re bound to be released soon.

What do you think? Cancel reply

This site uses Akismet to reduce spam. Learn how your comment data is processed.